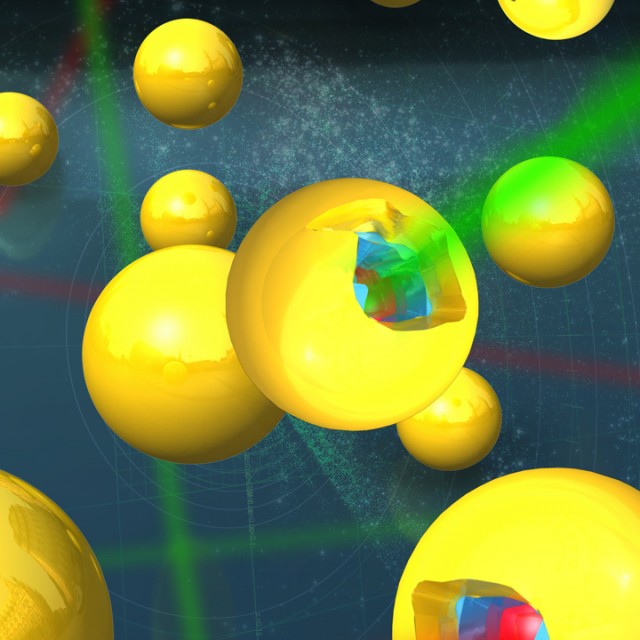 The delicate sensitivity of quantum systems to even the slightest changes in their environment -- including temperature, magnetism, electricity, and other sources of noise -- makes these systems excellent at detecting a wide range of small, and even previously undetectable signals from the world around us. Chicago Quantum Exchange researchers are currently working to develop quantum sensors with applications in a wide range of areas, from biology to high energy physics.

Chicago Quantum Exchange researchers are applying quantum sensor research to a broad range of fields, from detecting dark matter to biomedical imaging, and are developing the materials and devices that can make this a reality. For example, researchers are advancing spin defects as sensors for magnetometry, electric sensing, and temperature, while atomic systems are developed as atomic clocks, gravitational sensors, and gyroscopes. Through the application of quantum sensing technology, scientists will be able to investigate a multitude of systems with unprecedented precision. Within living systems, quantum devices may be used to sense single molecules, giving scientists and even healthcare providers the ability to analyze and measure biological activity at the molecular level. Quantum sensors may also be used in seismology to predict earthquakes even earlier, and the sensitivity of quantum sensors makes them ideal detectors for difficult-to-observe particles, such as neutrinos.