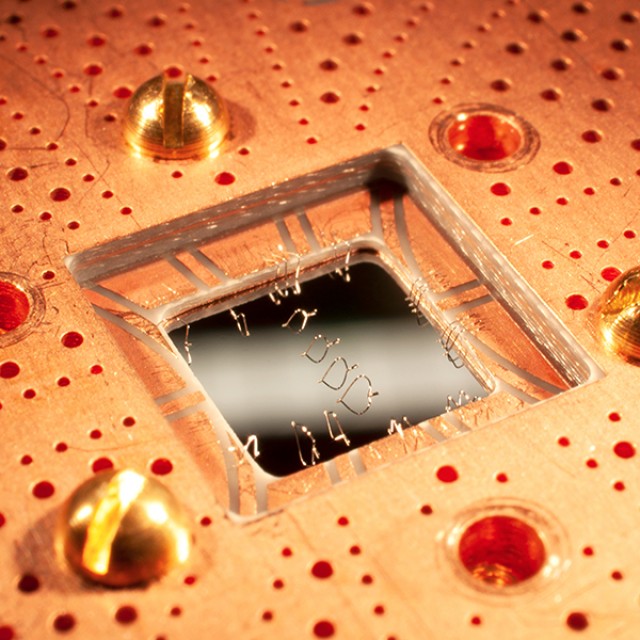 Researchers in device physics work to design and construct devices that can control electrons and photons for use in sensing and detection, information processing, and studying the fundamental properties of matter. Individual electronic and photonic components can be integrated into compact devices that take advantage of their complementary properties. Both theoretical and experimental work are required to engineer stable, efficient devices.

Chicago Quantum Exchange researchers in device physics focus on developing novel quantum bits (qubits), the building blocks for quantum computing and processing, as well as optimizing existing quantum systems. With these novel and optimized qubits, scientists can build large-scale quantum processors and tailor quantum computing devices to a variety of applications. For example, CQE researchers are working on engineering to develop the devices, like quantum repeaters, needed to make the quantum internet a reality, and to convert quantum information to new modalities, such as converting mechanical motion into electrical signals. The work of CQE researchers even reaches as far as outer space, designing devices for astro- and particle physics experiments to detect faint quantum signals like cosmic microwaves, emissions of distant galaxies, or hints of the long-elusive dark matter.